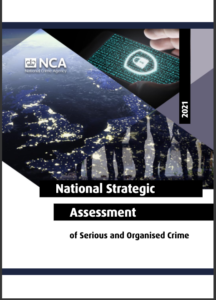 The National Crime Agency (NCA) has issued its National Strategic Threat Assessment which is a must read for anyone conducting fraud, bribery or money laundering risk assessments.

Amongst the increased threats the NCA highlights bribery and corruption, partly as a result of Covid 19 and increased home working stating:

“There is a realistic possibility that increased home working has reduced the ability to monitor staff and identify unusual behaviour, and that employees struggling financially or disgruntled with threats of redundancy will be more tempted to engage in bribery and corruption, increasing the risk of insider threat.”

It goes on to explain that:

‘To stay profitable, UK entities are more likely to consider trade opportunities in alternative jurisdictions. Some of these will be at higher risk, particularly in industries such as those involved in oil and mineral extraction, overseas real estate, aerospace and defence, and pharmaceuticals.’

Understanding the financial crime risks in new jurisdictions is essential for organisations. That means going beyond simply looking up the country’s score on the Transparancy International Corruption Perceptions Index (CPI). Denmark and even the UK which score highly on that index are not immune to bribery and corruption scandals! Organisations need to understand the specific crime risks in particular countries.

Detecting illicit payments has been made harder because unstable prices have meant that bribery payments have been disguised as market price increases for cost of goods and services. In our view  organisations may want to also look for leading indicators of unethical behaviour such as: toxic staff incentive schemes pushing the urgency and fear of survival, isolated teams led by an authoritarian competitive leader, or rewarding high performing teams even if methods of success were unethical. Staff need to be educated on the warning signs to look out for and organisations need an effective whistleblowing culture where people feel safe in speaking up if they have concerns about colleagues.

Other crime areas where the NCA warn of increased threat include: child sexual exploitation, cybercrime, drugs, fraud and money laundering.

We have a number of services that can help organisations manage these risks including: training, risk assessment workshops, due diligence & investigations, independent audits & healthchecks as well as data analytic capability.

For those who wish to raise awareness of bribery and corruption amongst their teams we have developed an e-learning module in partnership with the Intelect Group. 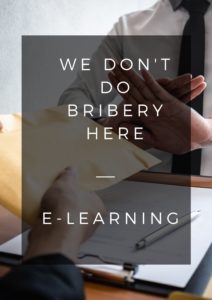 We also have a number of useful resources in our unique Fraud Management Resource Centre.